This page is no longer being updated as of April 8th, 2022. To follow the evolution of the pandemic in Canada, please visit our new page instead (in french only). 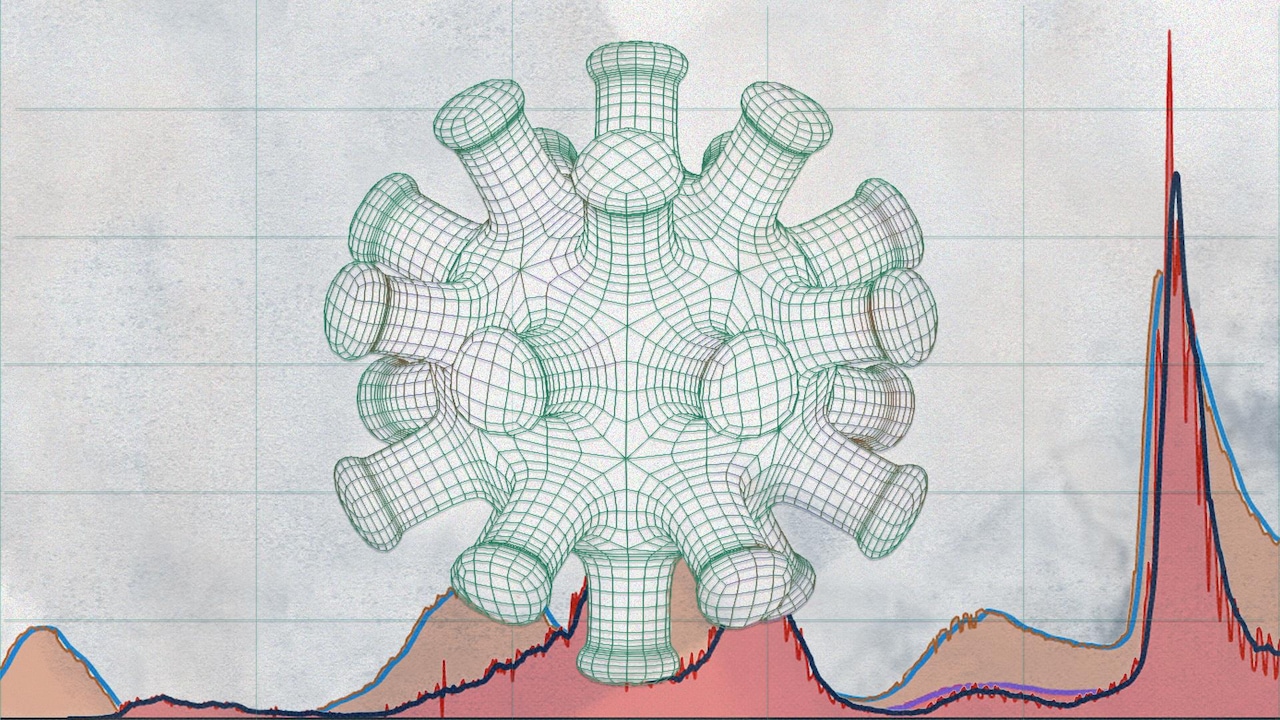 This page is no longer being updated as of April 8th, 2022. To follow the evolution of the pandemic in Canada, please visitour new page instead.

*infected people who have neither died nor been officially considered recovered

Number of cases, since the threshold of 1 case per 100,000 people has been crossed

Provinces and territories (at least 1,000 cases and 10 deaths) 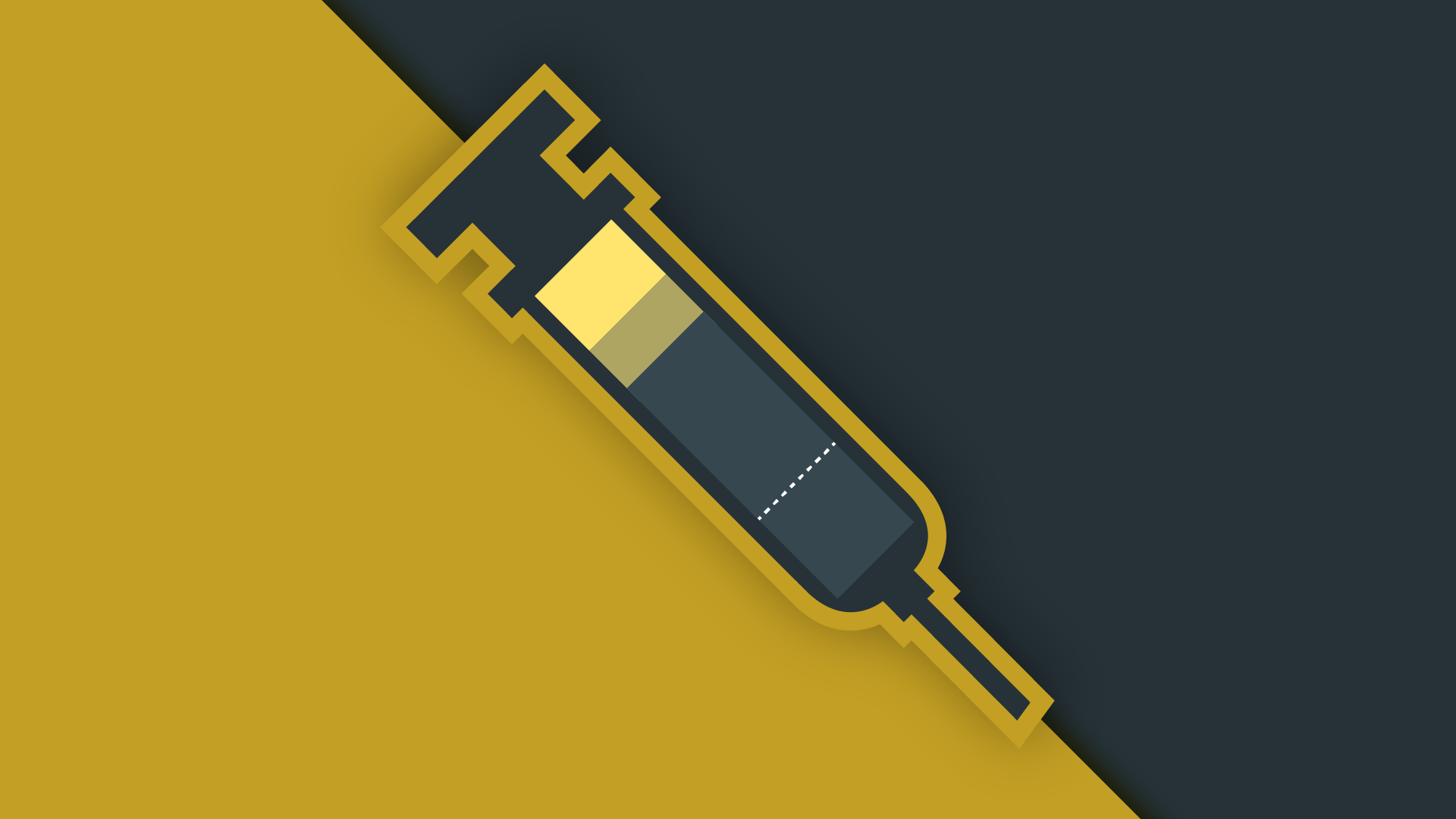 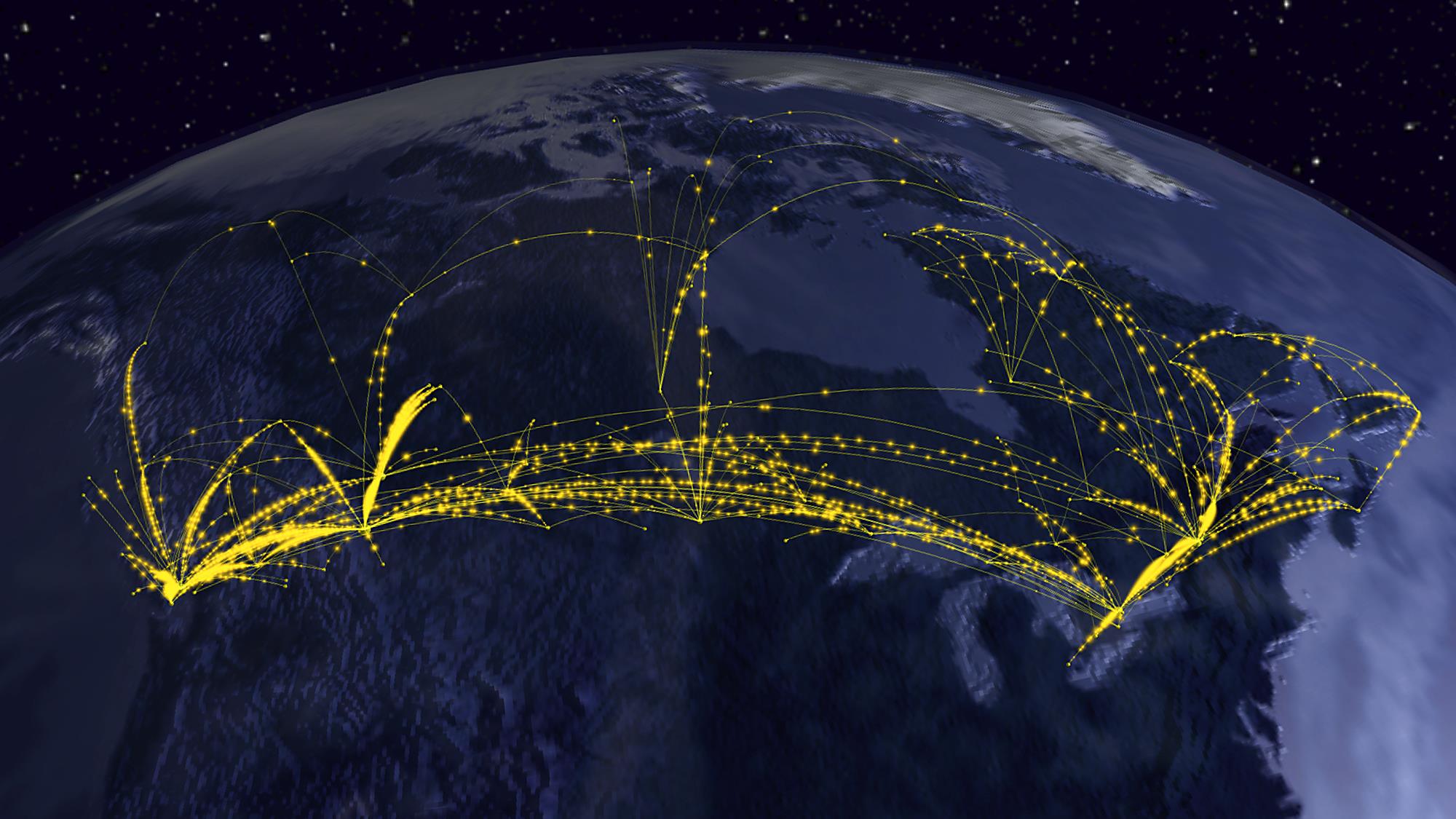 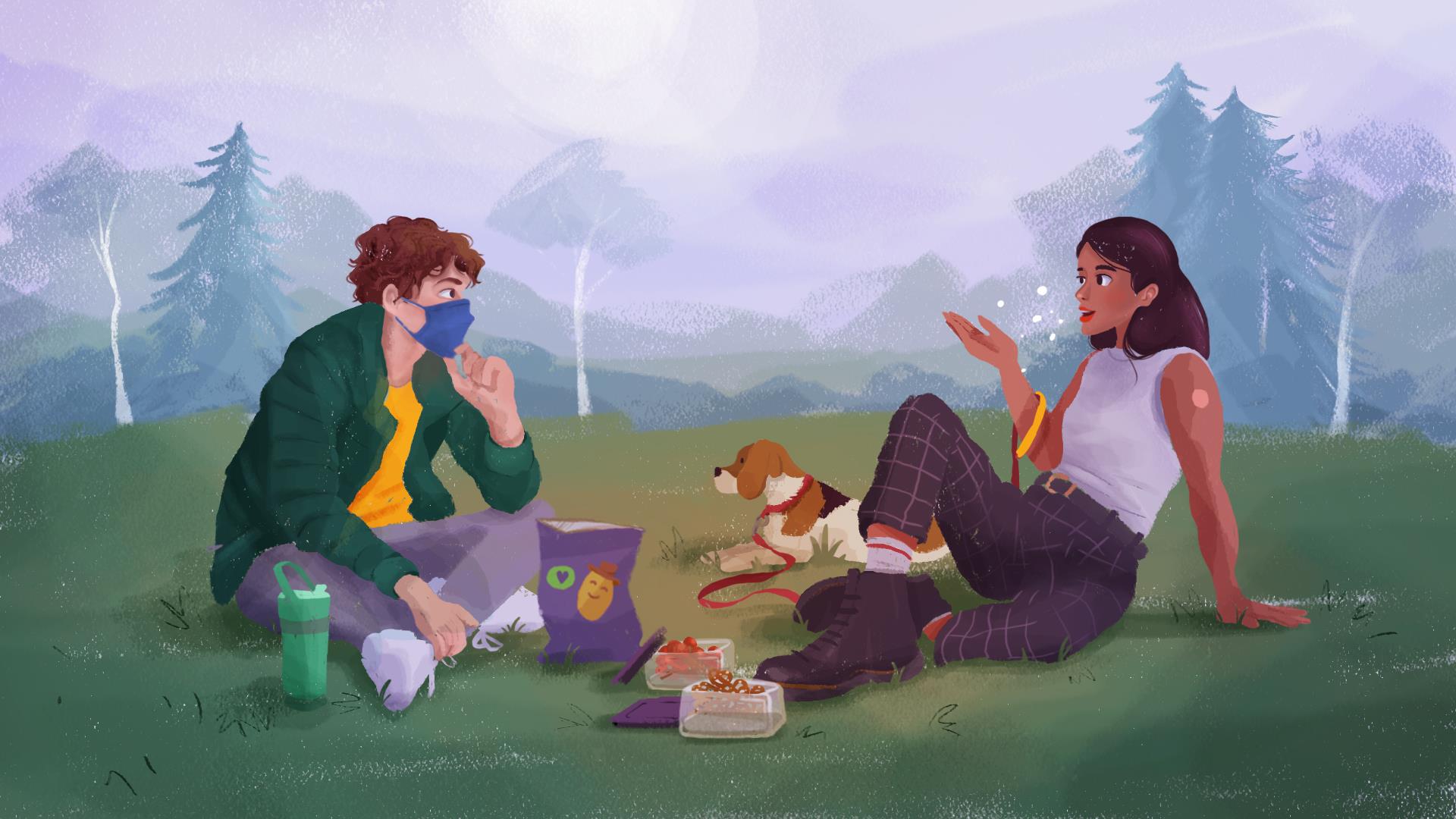 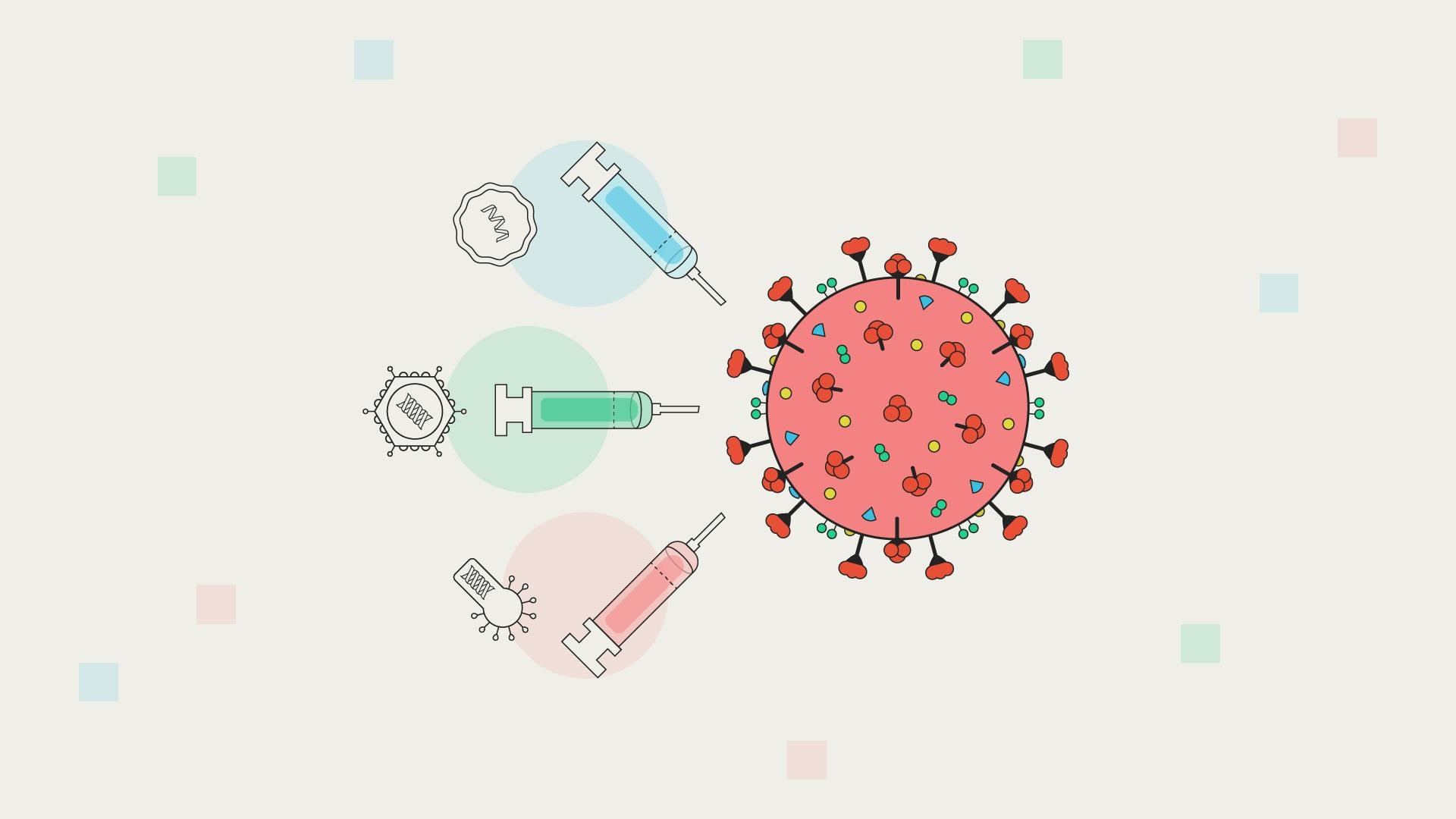 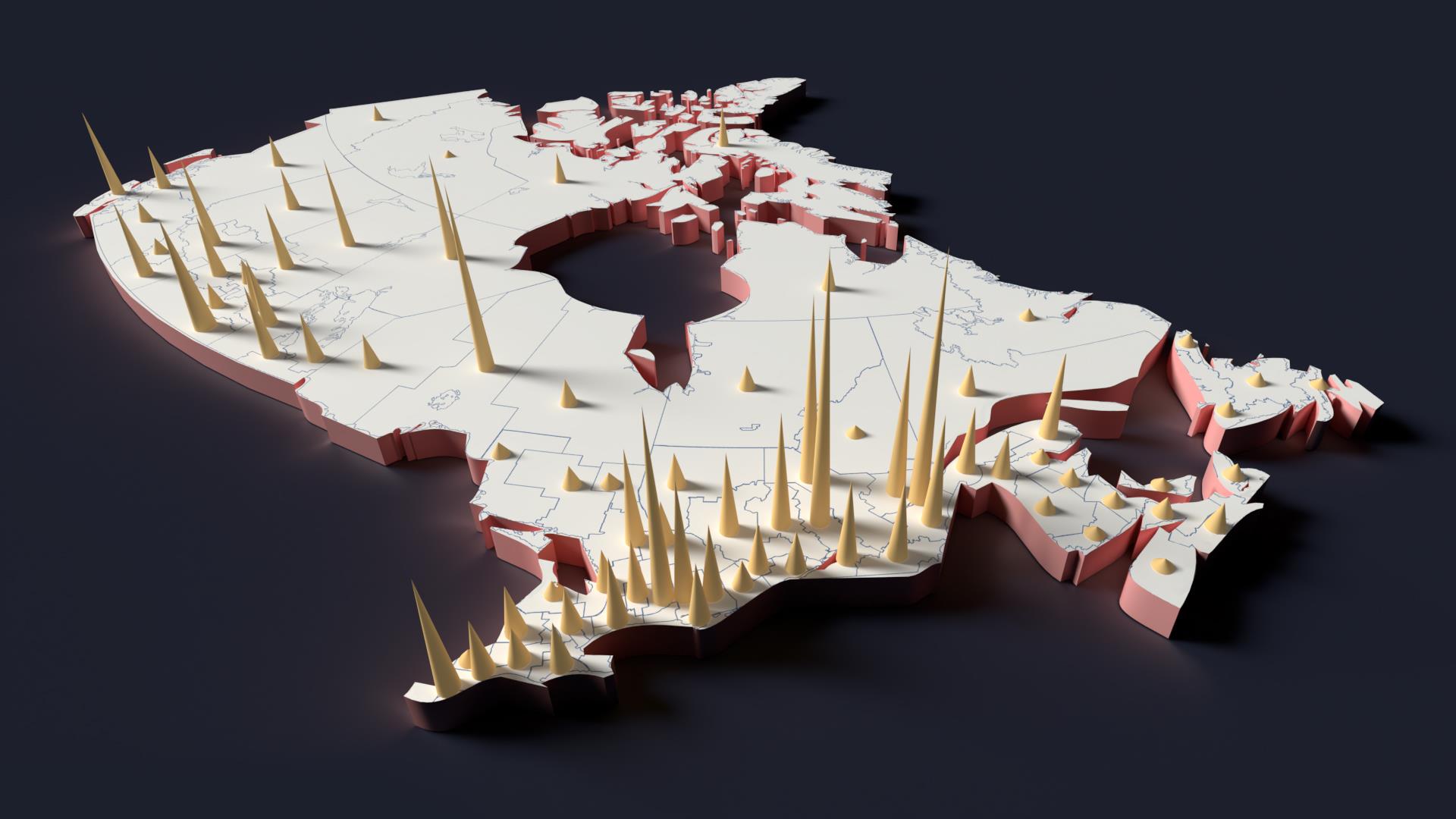 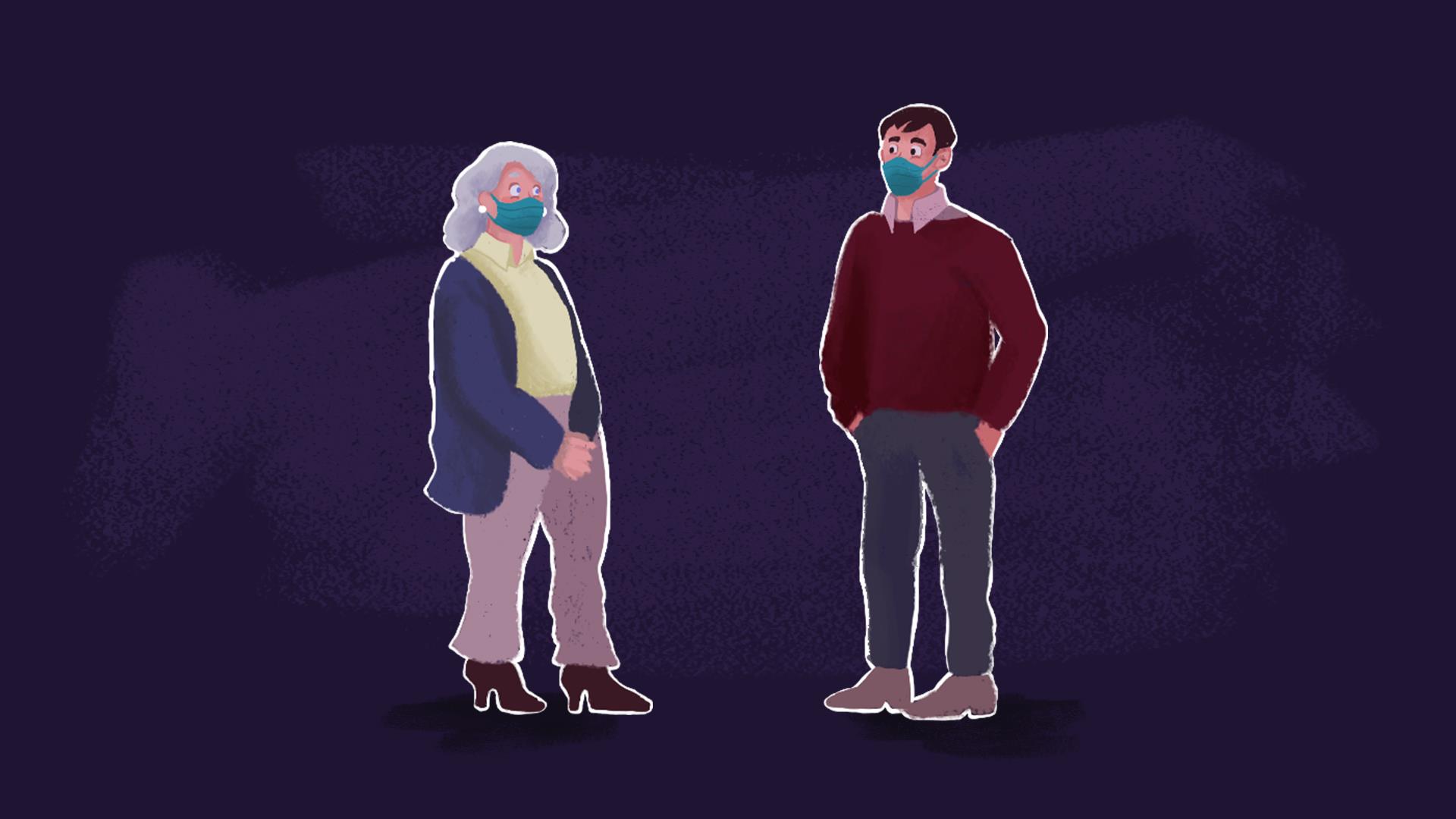 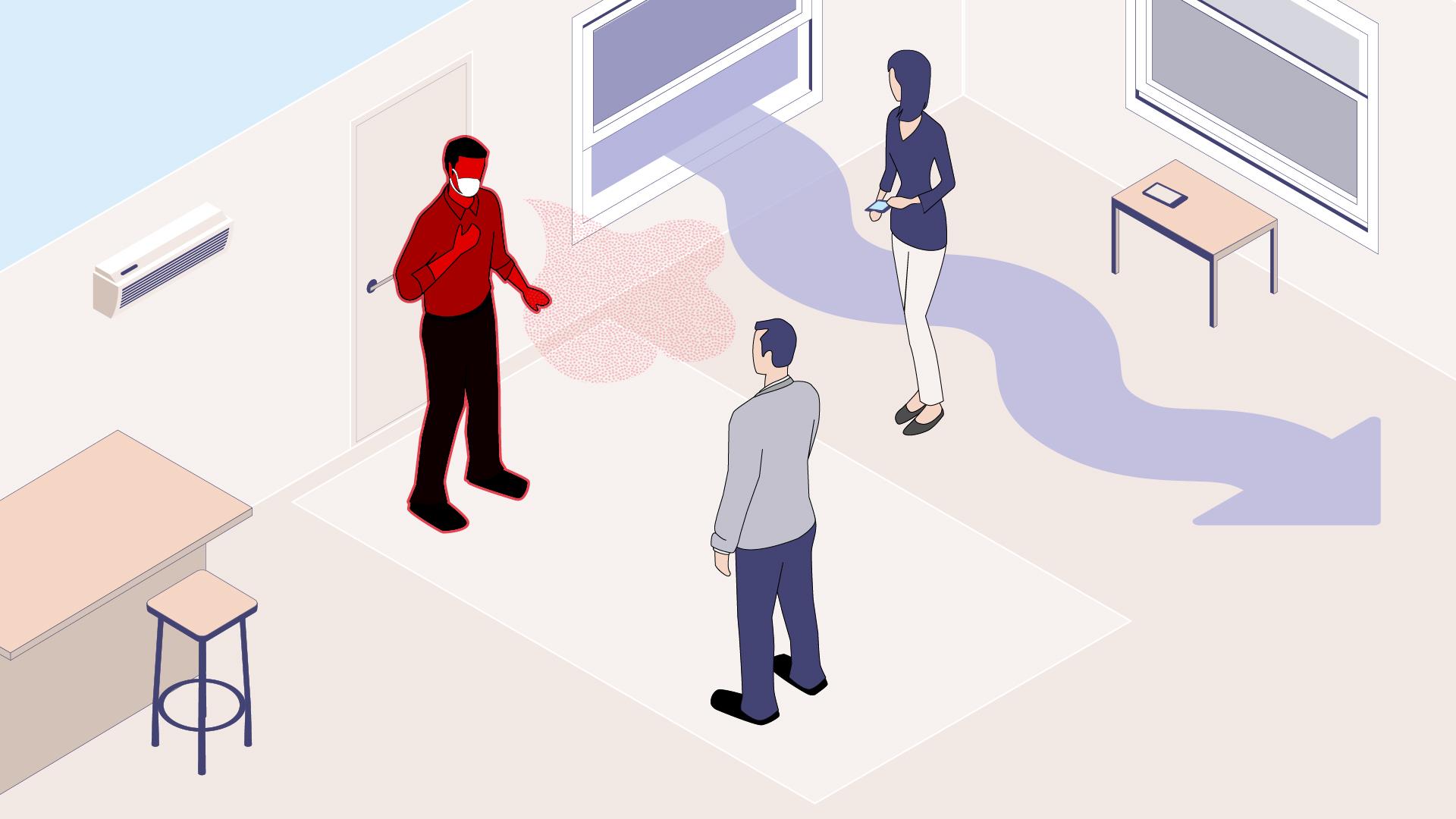 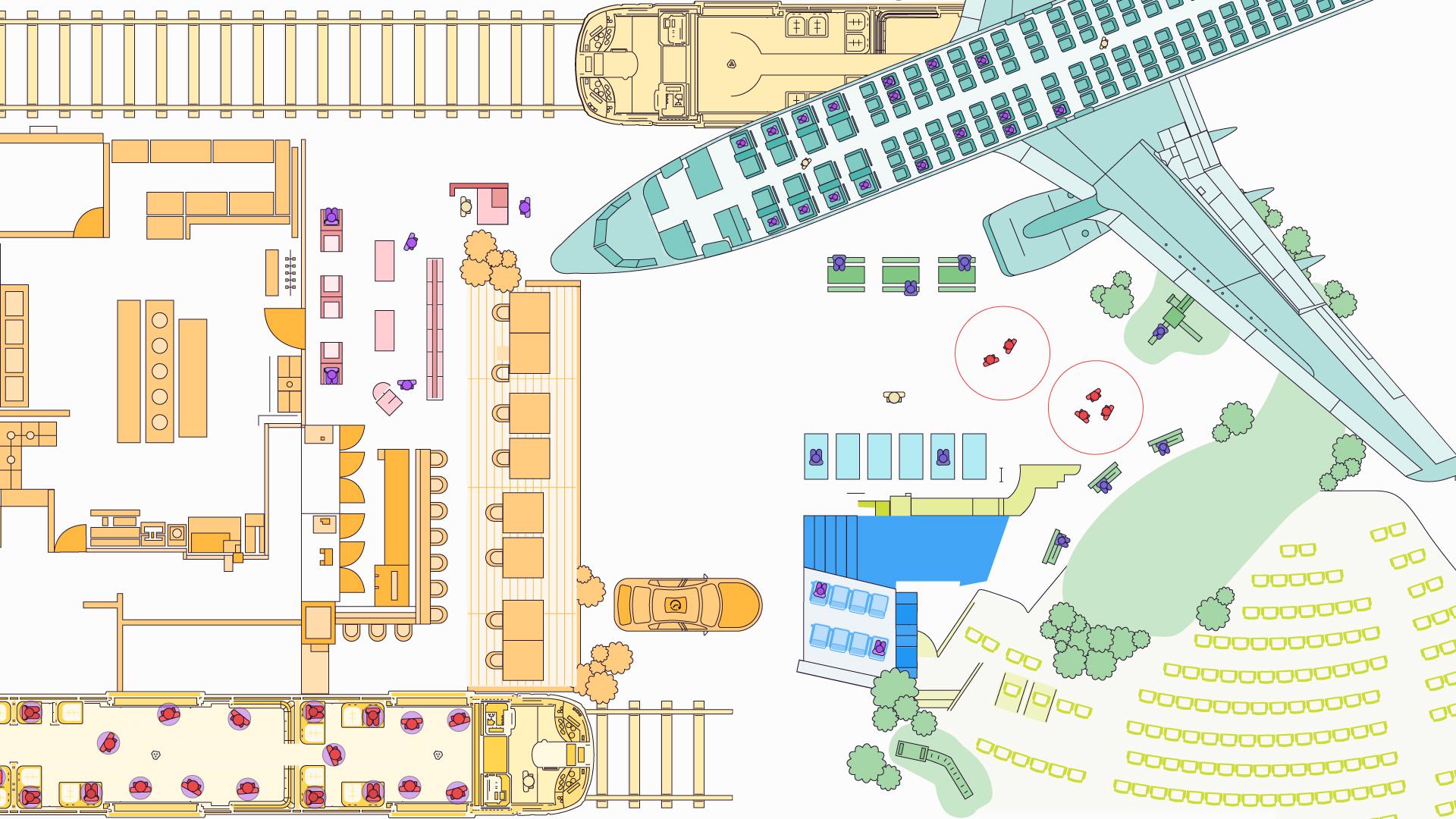 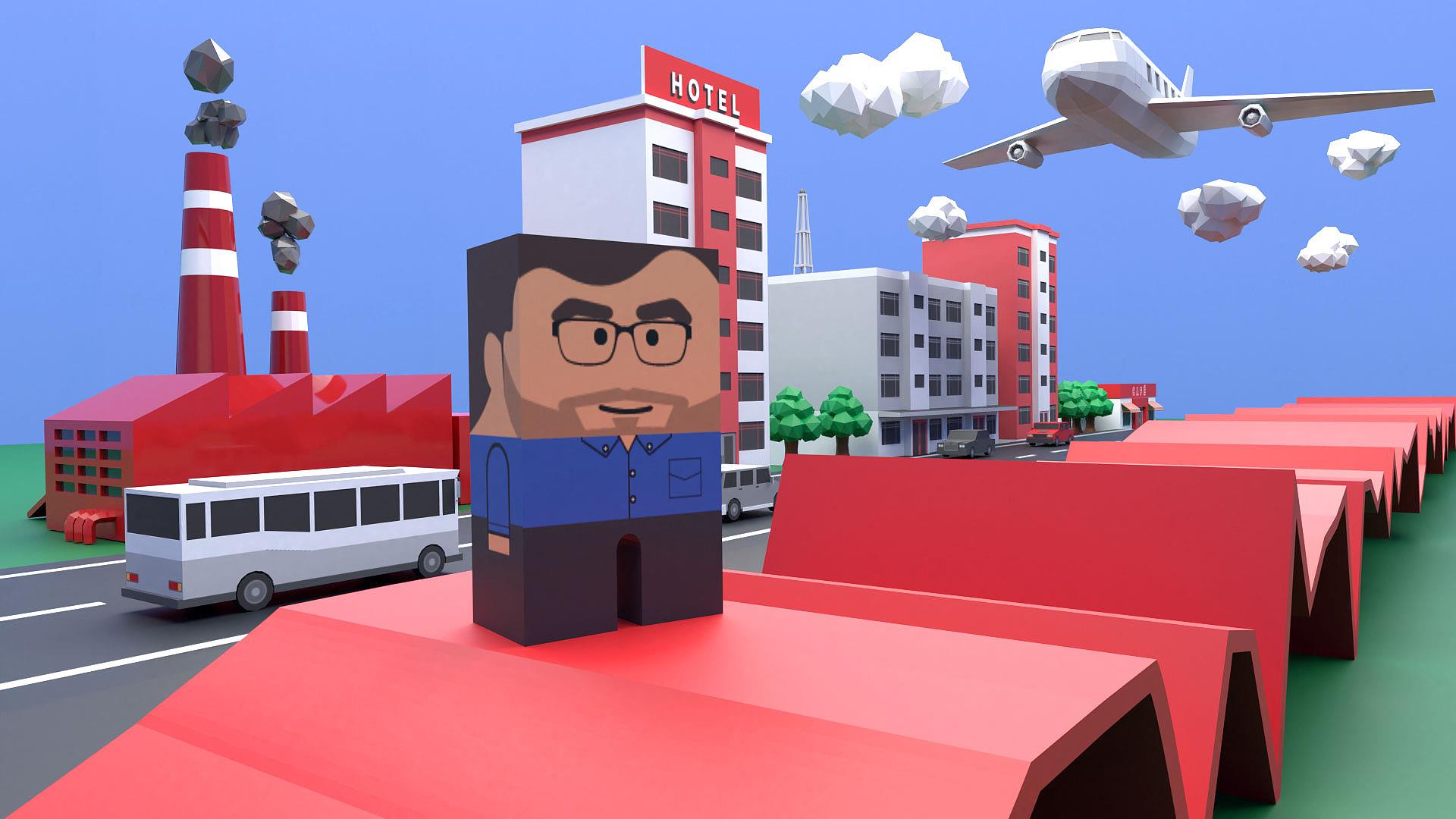 To compile Canadian figures, Radio-Canada collects the numbers published on provinces and territories websites, in addition to the numbers published by the Public Health Agency of Canada. For Quebec data, there may be a delay before the total of confirmed cases, recovered cases and deaths in the regions equals the total for the province. Caution: provinces and countries do not count cases, recoveries and deaths in the same way. The comparisons, although interesting, remain approximate.

Unless specified in the methodology, our numbers reflect the cumulative total of cases as reported daily by governments. We show the data on the date on which citizens became aware of new cases or deaths, even if some may have occurred earlier or at an unknown date.

On March 11, 2022, 411 deaths were removed from the Ontario total. After verification, the province determined that they were not related to COVID-19.

On January 19, 2022, we changed the data source for the total number of cases and recoveries in Nova Scotia. The province has stopped publishing this information on its daily website. We now use figures compiled by the Public Health Agency of Canada for these two variables. We have also corrected the historical data for this province in doing so.

On September 8, 2021, the number of variants detected in Quebec increased sharply. This is due to the integration of new data by the Institut national de santé publique du Québec, which was not previously included.

As of June 25, 2021, we changed data sources for the number of cases, recovered, deaths, first and second doses administered for Quebec. The Ministry of Health and the National Institute of Public Health stopped publishing their figures on the weekend. To continue collecting and publishing statistics at all times, we now use files from the Québec open data portal .

On May 11, 2021, we changed the source for Quebec vaccination data. We used to publish data from the Ministry of Health, which compiled its figures according to where the doses were injected. We now use statistics from the Institut national de santé publique du Québec (INSPQ), which compiles its statistics according to the place of residence of people who have received doses, which is more consistent to assess the percentage of the population vaccinated by region.

On March 30, 2021, population statistics for Quebec regions and the provinces and territories of Canada have been updated using the most recent estimates from Statistics Canada and the Institut de la statistique du Québec.

On March 26, 2021, the definition of the number of confirmed variant cases changed in Quebec. Prior to this date, confirmed cases of variants had to go through two steps: screening and sequencing. The screening can detect genetic mutations, but does not identify which strain it is. It is during the second step, genetic sequencing, that the strain is identified. Variant cases are now considered to be confirmed upon screening. We are checking statistics for the other provinces and we will adjust the numbers as we go.

Between December 24, 2020 and January 3, 2021, some provinces temporarily stopped publishing daily data and instead did reviews at certain times. The statistics of certain days during this period can therefore count for several days. This is the case in Quebec.

On December 17, 2020, we added the number of doses of vaccines administered in Quebec and its regions based on data from the Ministry of Health and Social Services. On January 4, 2021, we added the numbers for Ontario from the province's website. For the other provinces and territories, we used data from COVID-19 Canada Open Data Working Group .

On October 7, 2020, we published the positivity rate for the Canadian provinces. We have been forced to remove this information due to data inconsistencies. On November 5, 2020, we brought this information back for Quebec based on data from the Institut national de santé publique du Québec (INSPQ). On the same date, we also added the positivity rate for Quebec regions.

On October 7, 2020, we also added the number of people having recovered in U.S. states when available, based on data from the COVID Tracking Project (the COVID Tracking Project having stopped its operations, we have stopped collecting and publishing the number of recovered people for the American states since March 18, 2021). For Quebec regions, we added it as well with data from the Institut national de santé publique du Québec (INSPQ).

On July 17, 2020, Quebec changed its way of estimating the number of recovered people. We used data from the INSPQ to correct our historical data to account for this change.

Historical data for Canada and its provinces before March 14, 2020 comes from the Johns Hopkins University, which collects its data from various sources, including the daily reports of the United Nations' World Health Organization (WHO). After March 14, 2020, historical data is collected through our own compilation. We use Eastern Daylight Time (EDT).

International figures are provided from the John Hopkins University and updated daily during the evening. Before August 10th, 2020, we used figures from the website Worldometers.info/coronavirus.

For some countries (such as Spain) or US states (such as California and Florida), the number of people recovered is not available either in Johns Hopkins University data or in the Tracking Project data.

To calculate the rates per 100,000 people, we use figures from the Institut de la statistique du Québec for the regions of Quebec, those from Statistics Canada for the provinces, and projections from the United Nations and the World Bank for the others countries.